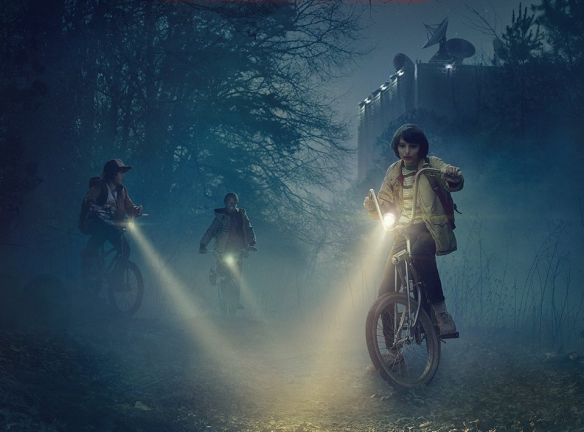 It’s an eight-episode Netflix original series set in 1983 that channels classic Spielberg and other exemplar sci-fi. Think E.T. mixed with The Goonies, blended with Akira and The X-Files.

It’s reminiscent of Super 8 (co-written by Spielberg), with shades of Chronicle and occasionally even imagery from Alien. It’s heavily inspired by a specific era in movies and television, but is still very much its own work.

Basically, it’s kids on bikes investigating paranormal events while eluding the watchful eye and exasperated grasp of the federal government, all without overbearing helicopter parents and the intrusive pervasiveness of cell phones and the Internet. And it. is. awesome.

If you dig that, then you’ll dig this.