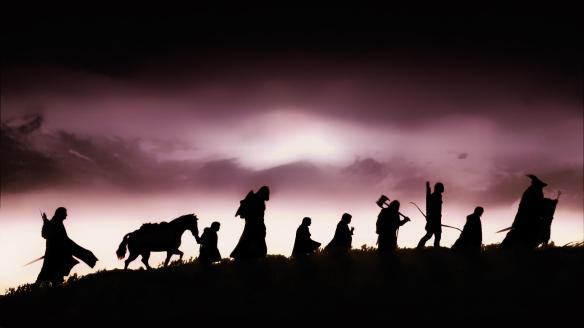 About four and a half years ago, the extended editions of The Lord of the Rings trilogy were released together as a box set on Blu-ray. These are the longer, preferred versions Peter Jackson would rather you watch – the director’s cut – rather than the (slightly) abridged theatrical releases.

Each movie runs an average of 242 minutes, putting the total run time for all three films at just over 12 hours. That’s not including the few extra minutes between films for changing discs and loading.

So a few days after the box set was released, at around 12:30 PM on hot afternoon in early July, my friend Brian and I emptied our bladders, collected our snacks, cracked the tabs on our cans of energy drinks and got comfortable at opposite ends of the couch.

From that point on, I didn’t move from where I sat, except to change out the discs (at which point I’d use the bathroom as the movie loaded up). Sadly, Brian had to drop out after The Two Towers, but that means he still lasted eight hours.

I, however, soldiered on. And at about 12:45 AM in the morning, I completed my journey. Just as Frodo and Sam made it from Bag End to the mouth of Mount Doom, I, too had lasted the entirety of my odyssey.

I mention this only because the extended editions of The Hobbit trilogy are to be released in a box set on Blu-ray tomorrow. While some (rightly) criticize this trilogy for stretching out the story beyond its merit, it only runs around nine hours in total.

So, the next time I have two consecutive days off (time for watching, time for sleeping/recovery), I plan to marathon all six movies, from beginning to end, in one, single sitting. All added up, I’m looking at somewhere between 21-22 hours, give or take a little for disc changes and load times.

I’m not sure I have the constitution to last the entirety, but with your sword, bow and axe, you can be sure I’ll stand a fighting chance.