It’s no wonder so many of us are fascinated with superheroes. They embody the fearless qualities most of us wish we possessed — strength, will, conviction. But however well-intentioned we may be, most of us lack the courage to intervene in a bad situation and stop a wrong when we see it.

I spent my afternoon with friends downtown at the Asheville Comic Expo, which is a celebration of superheroes, among many other geeky endeavors. There were, of course, people cosplaying as their favorite comic book, video game, cartoon, anime and manga characters. But they were, of course, just normal people in costume.

After finishing our visit and disbanding our party, David and I set off down the street to get a slice of pizza. As you might know, it’s been raining all day; just like it’s been raining almost nonstop the entire summer. We weren’t two blocks from the civic center when a homeless man approached us for change. I’d already spent what little cash I had at the expo, so I didn’t have any tangible money to offer the man, nor did David. He didn’t complain; he just continued to walk in the opposite direction.

As we were standing at the corner of the sidewalk, waiting for the crosswalk to clear, we heard someone yelling. We looked over and saw a guy on a mo-ped screaming obscenities at the homeless man. But he wasn’t yelling back or even responding to the guy on the mo-ped; he was simply minding his own business. END_OF_DOCUMENT_TOKEN_TO_BE_REPLACED

This won’t be a long, drawn-out piece today. I’m just documenting a few random thoughts that might be worth a couple minutes.

Yesterday, while having dinner with my sister and two nieces, Autumn and Lauren, we got on the topic of video games. My sister, who teaches elementary school kids, said that’s all kids ever talk about — specifically Call of Duty and Grand Theft Auto, which are both rated ‘M’ for Mature (meant for people 17 and older). That’s not surprising, though it is a little discouraging for reasons I’ll touch on in a moment. END_OF_DOCUMENT_TOKEN_TO_BE_REPLACED

Last year, a friend of mine took part in the Extra Life charity, which, in partnership with the Children’s Miracle Network, treats thousands of children each year, regardless of their family’s ability to pay.

This year, I’ve decided to get involved, along with the rest of the GamerNode crew, and do my part to help these kids who are facing scary stuff like cancer, cystic fibrosis, injuries from accidents and many other bad things. END_OF_DOCUMENT_TOKEN_TO_BE_REPLACED 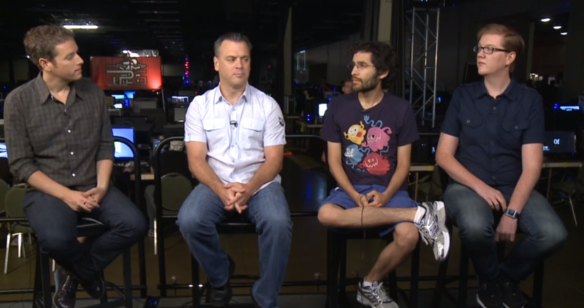 Sometimes I’m not sure what to think of comments made by bigwigs within the gaming industry. And that’s not some passive aggressive remark. At times, I really can’t figure out what these guys are getting at.

Just a few days ago, on the GameTrailers show ‘Bonus Round,’ Pete Hines, the vice president of Bethesda Softworks, was asked by Geoff Keighley (who always seems to be on the verge of hysteria when speaking about Nintendo) what Nintendo could do to entice third-party developers to create more games for Wii U. END_OF_DOCUMENT_TOKEN_TO_BE_REPLACED 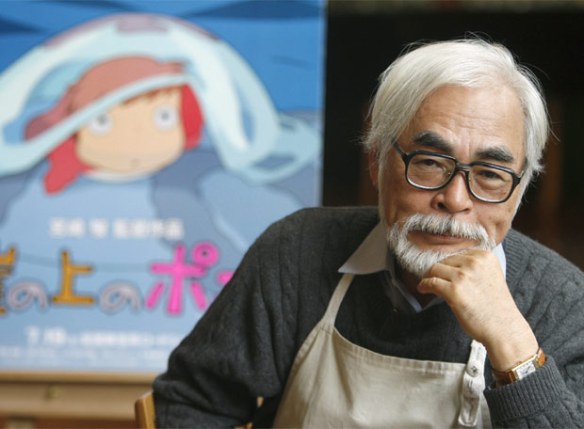 In the summer between 8th grade and 9th — which for me was in 2002 — I saw my first Hayao Miyazaki/Studio Ghibli movie. I rented it from a local video store, which is unfortunately no longer in business. It changed names at least once in my lifetime, but its original name was Video Stop.

It was a neighborhood institution, frequented by everyone in the community. It wasn’t like Blockbuster, where they’d charge you a small fortune for your rental and force you to keep it for almost a whole week, even though you’d be finished with it that night. No, Video Stop was a local mom-n-pop place, where each rental, movie or game, was only a dollar a day. END_OF_DOCUMENT_TOKEN_TO_BE_REPLACED